Cottonmouth is an Iconic Melee Weapon in Cyberpunk 2077. Cottonmouth deals electrical and chemical damage. It also grants a small chance to apply Poison and/or Shock. Iconic Weapons have unique perks often making them better than their regular counterparts. Iconic Weapons in Cyberpunk 2077 are special Weapons with unique perks attached to them that can't be found on any other weapon and are particular for each of them. Most Iconic Weapons can be obtained by completing certain Jobs and searching in specific areas of a Location.

Many are quick to underestimate people who use a cane. Use that.

Where to find Cottonmouth in Cyberpunk 2077

Can be found in fingers; bedroom during The Space in Between. 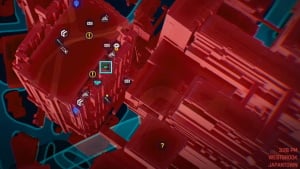 Cottonmouth has the following upgrade slots