Jinchu-Maru is an Iconic Melee Weapon in Cyberpunk 2077. Jinchu-Maru increases 100% Crit Chance while Kerenzikov is active and doubles the damage of the last strike in a combo.  Doubles damage against enemies with twice your current Health. Iconic Weapons have unique perks often making them better than their regular counterparts. Iconic Weapons in Cyberpunk 2077 are special Weapons with unique perks attached to them that can't be found on any other weapon and are particular for each of them. Most Iconic Weapons can be obtained by completing certain Jobs and searching in specific areas of a Location.

The purest essence of a katana. No addons, no modifications, only razor-sharp steel.

Dropped by Sandayu Oda during Play it Safe. 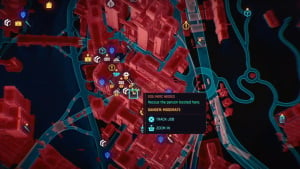 Jinchu-Maru has the following upgrade slots