Malorian Arms 3516 is an Iconic Power Weapon in Cyberpunk 2077. Malorian Arms 3516 is the weapon used by Johnny Silverhand. It will ricochet if hip fired, but fire through walls if aimed. Iconic Weapons have unique perks often making them better than their regular counterparts. Iconic Weapons in Cyberpunk 2077 are special Weapons with unique perks attached to them that can't be found on any other weapon and are particular for each of them. Most Iconic Weapons can be obtained by completing certain Jobs and searching in specific areas of a Location.

Custom-made for Johnny Silverhand. The guy had taste.

Can be obtained from Grayson during Side Job 35 Chippin' In 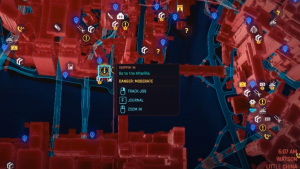