A rifle that belonged to a cagey Raffen. Wasn't cagey enough, as it turns out.

Where to find Widow Maker in Cyberpunk 2077

Can be found by killing Nash and looting his corpse in the optional fight alongside Panam after retrieving her Car. 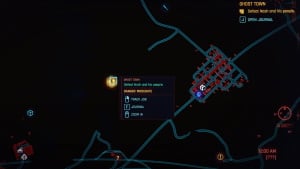 If that fight is skipped, Widow Maker can be found after the final confrontation with the Raffens, after V gets out of the Basilisk.