Life Paths in Cyberpunk 2077 is a Character Creation feature of the game. Upon starting the game, after choosing the game's difficulty and before customizing their character, players will get to choose V's life path. There are three Life Paths to select, which are, Nomad, Streetkid, and Corpo. Selecting V's life path will heavily affect some events and provide the player with different dialogue options. This page covers a list of the Life Paths players can choose from and its relevant information.

Life paths are playable introductions to Cyberpunk 2077. They are less about building your character from a playstyle and stats perspective, and more about choosing the type of character you want to step into the shoes of. It's an important part of building your V, and which life path you want to experience is the first choice you'll make when starting the game.

V has three potential backstories, each one giving you a taste of the dark future from a different status and perspective. Every life path features its own characters, introductory Quests, and starting Locations. Your choice will most directly affect the beginning of the game, but you'll find longer-term ramifications as you get deeper into Night City - including opening up specific dialogue options and new opportunities further down the line.

Your life path doesn't only affect your introduction to Cyberpunk 2077. V's roots will be visible throughout the game, often through specific dialogue choices. The three paths demonstrate three very different ways of life in and around Night City, so naturally, each one has different areas of experties. 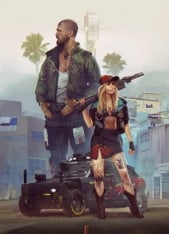 Roaming the Badlands, looting scrapyards, raiding fuel depots - life on the road wasn't easy. But growing up in a nomad clan has its perks. Honesty, integrity and a love of freedom - qualities that few in Night City possess, and no amount of money can buy. 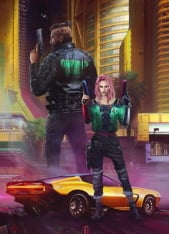 They say if you wanna understand the street, you gotta live 'em. Gangs, fixers, dolls, small-time pushers - you were raised by them all. Down here the law of the jungle dictates the weak serve the strong - the only law in Night City you have yet to break. 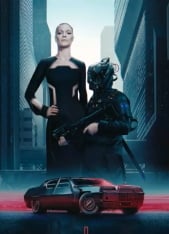 Few leave the corporate world with their lives - fewer still with their souls intact. You've been there - you've bent the rules, exploited secrets, and weaponized information. There's no such thing as a fair game, only winners and losers.