Game Progress Route for Cyberpunk 2077 features a recommended step-by-step progression path for the main campaign of the game, its goal is to provide players the important points of the game and to avoid any missing important aspects such as significant Locations, NPCs, Items, as well as involved boss encounters. For guides on quests, click here, if you want to check a detailed guide for each location, you may visit our Walkthrough page. 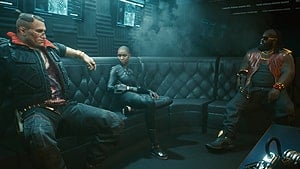 V and Jackie cross paths in various ways either in The Streetkid / The Corpo-Rat / The Nomad and decide to become partners, with a mutual goal of becoming legendary mercs of Night City. This grabs the attention of a well-known fixer, Dexter DeShawn, who asks to meet V and offers a high-risk, yet high-rewarding job.

V learns that he/she and Jackie needs to steal a Relic, a most-prized and heavily protected piece of technology that is owned by Arasaka. It is said that the Relic allows the human mind to be copied as engrams onto shards, that can be placed into one's neural port, allowing the user to hear and see digitized personality constructs.

But preparations must be made before The Heist, so V takes a detour to meet with Evelyn Parker and to set up a negotiation between the Maelstrom boys. V must acquire a prototype spiderbot called the Flathead, to meet with the client who is behind the operation, and to obtain recon intel that will help in knowing where the relic is kept - this is done with the help of a BD tech-editor, Judy Alvarez, who assists you and introduces Braindance. 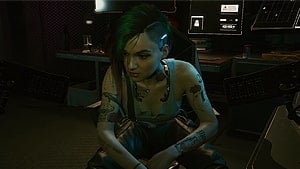 The story picks up after The Heist and V's apparent demise. Luckily, V finds himself/herself resurrected by the Relic that was slotted in his/her neural port. V may have cheated death, but somehow, based on Viktor's diagnosis, the contents of the relic has leaked from the shard, which means, that a legendary musician and alleged terrorist named Johnny Silverhand dwells in V's brain. This also results in his consciousness slowly spreading throughout V's body until he ultimately takes control.

V's priority? Is to find a way on how to extract Silverhand from his/her body, and your main lead to finding out how to do that is Evelyn Parker. But it won't be that easy, it seems that she can't be found and it is up to you to find clues that will track her down. V reaches out to Judy and learns more things about Evelyn, that she used to be a doll who was employed in Clouds. And so, the journey begins in searching for Evelyn's whereabouts throughout Night City. 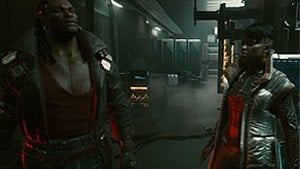 The search for Evelyn Parker wasn't really helpful, since V and Judy find her in a critical condition and she basically doesn't have the strength to help V due to being hacked by powerful netrunners who work at Clouds. V eventually learns that the people who hired Evelyn are members of the Voodoo Boys, a mysterious yet dangerous gang who are also specialized netrunners and is on the quest of uncovering the secrets of Cyberspace.

This is why they hired Evelyn to find a way to obtain the Relic because they are hoping to use the tech to learn more about it. V then sets out on a journey to Pacifica in order to find and negotiate with the Voodoo Boys who may find a way to extract the relic. 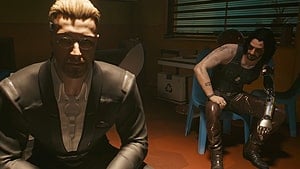 After V's encounter with the Voodoo Boys, you'll learn that their only goal was not to help V in finding a way to take out the relic along with Silverhand, but they only wanted to make contact with Johnny's ex-lover, Alt Cunningham, and convince her to join them past the Blackwall. Cunningham is deemed to be one of the best netrunners in the early years of the 21st century, she is the one who developed a revolutionary tech called the Soulkiller.

The tech could instantly kill any target that is connected to the cyberspace and digitize their mind as an engram. The tech was supposed to be used as a weapon against powerful corporations and to keep them in check in cyberspace, but unfortunately, they took her, stole her work, and remade the tech.

This resulted in Cunningham using her own tech on herself, which digitized her persona and escaping into cyberspace. However, this also caused her to die. As years passed where she existed in uncharted territories of the cyberspace, the system eventually altered her consciousness and transformed her into a rogue AI and lost her consciousness of humanity. Despite this, she was still able to keep the thread between her and Johnny.

Since the Voodoo Boys weren't that much help for V, his/her goal is to find an alternative, and that is to track and find Anders Hellman, a leading bioengineer and expert in neural networks who works for Arasaka. Maybe he knows the truth behind the Relic and can explain how Johnny is slowly taking over V's body. 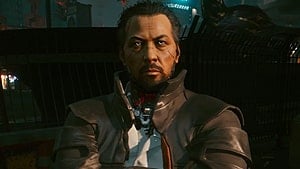 It wasn't easy finding Ander Hellman but at least V was able to find some intel on how to extract the relic from his/her body. V learns that it's risky and impossible to take it out but somehow, there is one last person V can ask for help, and that is to get in touch with Goro Takemura. V cooperates with him to set up a meeting with Hanako Arasaka, the heiress to the corporate empire, Arasaka.

The Point of No Return 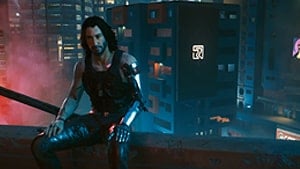 After agreeing to work with Takemura to arrange a meeting with Hanako Arasaka, V was given the opportunity to tell her what he/she witnessed at Konpeki Plaza, which is the truth regarding the murder of Saburo Arasaka, who was killed by his own son, Yorinobu.

Hanako who was reluctant at first decides to meet up with V at Embers Restaurant where she makes an offer. She asks V's help to convince and tell the board of directors regarding her brother's transgressions, and in return, she will have the best doctors and surgeons of Arasaka to have the Relic removed from V's body. As tempting as it may sound, V discusses and reflects on his/her journey and carefully chooses what must be done with Johnny Silverhand. Who knows? There may be other avenues that V can take...

Players must take note that meeting Hanako at Embers triggers the point of no return. Meaning that you'll have to run through the finale and finish the game. You won't be able to go explore Night City and complete any gigs or side jobs. So if you have anything left to do, make sure you do them before meeting Hanako at Embers. Take note of the following jobs that can affect the epilogue of the game: