Romance in Cyberpunk 2077 is a feature that allows the player to interact with specific NPCs. In Cyberpunk 2077, there are lots of possible sex and romance opportunities waiting for V. The following guide will show you when and where you can get down to a different kind of business and what romance options you have for your V if you make the right choices.

So how do you end up having sex with the character you want? Well, first, let's start off by mentioning that it's not possible to romance all the mentioned characters in just one playthrough. However, Alt Cunningham is the character with who you'll automatically romance as the game progresses. As for the rest, you'll need to be mindful of the dialogue options you choose whenever you take on their Side Jobs (Side Quests).

In Cyberpunk 2077, currently, we've found a total of 7 NPCs that can be romanced. There are 5 women and 2 men that are available. PLUS. If you have the cash and are willing to pay-for-action, you can also grab yourself a JoyToy (Escorts) that is available for both Male and Female options.

We'll keep this page updated if ever we find more Romance Options as we go. The characters listed below are the following NPCs that can be romanced: 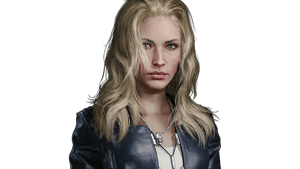 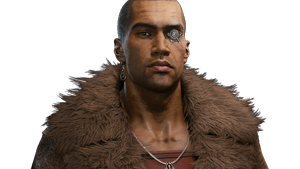 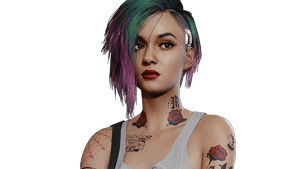 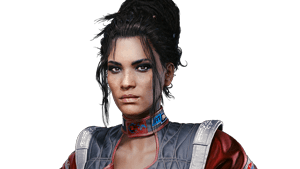 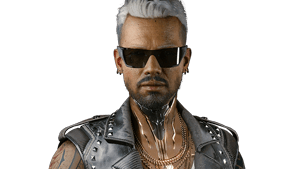 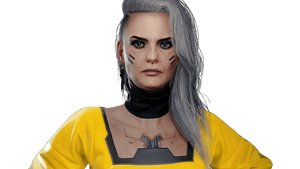 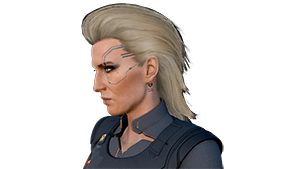 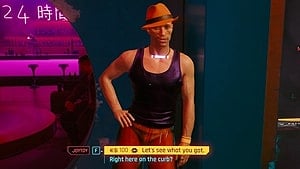 Alt Cunningham is the easiest character you'll have a romance with since this sequence is automatically obtained as the story progresses. During the Main Job Transmission, you'll be shown a flashback regarding Johnny and Alt's relationship during the job title: Never Fade Away.

Judy Alvarez is introduced early on in the game. Judy acts as the operator of V's Braindance, allowing her to gather intel. Eventually, you'll come to a point near the end of Act One, where you'll obtain an optional objective to call Judy, if this shows up, make sure to give her a call.

During the Pyramid Song quest, check up on Judy inside the bathroom, comfort her, and choose [Touch] to kiss her. This will result in romancing Judy. Now, she is a potential character with whom you can have a long-lasting relationship and which can also affect the Ending of the game. The next morning, when you wake up, go outside and speak to Judy who's sitting by the docks.

She will then ask you about what happened last night. If you want to close the relationship you can choose, 'A Pleasant Distraction'. But choosing 'The beginning of something amazing.' will allow you to have a relationship with her. If this happens, Judy will give you access to her apartment where you can drop by to rest, spend time with her, and stash your equipment.

You may miss out on crossing paths with River Ward, an NCPD detective. In order to meet him, you'll need to wait around the second act of the story and wait for a call from Elizabeth Peralez who offers you a job. This gives you the I Fought the Law side job, if it becomes available, prioritize it and take it if you want to pursue Mr. Ward. In this side quest, you are tasked to investigate the recent death of the mayor, and it's on this job where you'll meet River Ward.

After you've solved the mystery alongside the detective, River will, later on, get in touch with you and ask for your help with finding his nephew. This opens up The Hunt side job. Make sure you rescue Randy by finding the correct barn and by choosing the following dialogue lines at the end. First, choose "Don't do it, River.", followed by "We both will." Basically, you are convincing him that vengeance is not the answer and it will not make him feel better.

Once you've completed The Hunt, you'll get another call from him and you'll acquire his unique quest "Following the River". He basically invites you over for dinner to a secluded spot in the city. During the quest, you'll be given a couple of dialogue options where you tease, flirt with him, and to kiss him. Eventually, it'll lead to him asking V if you really like him. Choosing the dialogue option of saying yes you do like him will result in a romance.

Just like Judy Alvarez, the next morning, you'll be asked again about what happened and if there's something meaningful behind it. You have the option to select a dialogue option of showing interest which will result in a committed relationship or making it look like it was just a one-night stand and nothing more. Having a relationship with River can cause implications towards the Ending of the game.

Panam Palmer is a hard-to-get character you want to romance with, and you'll need to be careful with the dialogues that you choose, plus you really need to invest in spending time with her. Basically, you'll need to support her and agree to her opinions, defend her, answer her calls or texts, and spend time with her if she asks you out for a drink, or to ride with her. There will be instances during dialogue where you can flirt with her and if the option becomes available such as to [Touch] her, choose it! You'll meet her during the second act of the game.

There are two Main Jobs where you'll encounter her first and later on, you'll need to complete three Side Jobs that are related to her if you want to have the option to romance her. We will be listing the dialogue options you have to choose in order to lead up to a romance with Panam. You'll first cross paths during the Main Job: Ghost Town.

Riders on the Storm

Make sure to choose the following dialogues when you start this Side Job:

With a Little Help From my Friends

Queen of the Highway

Queen of the Highway is the last Side Job related to Panam Palmer. You still need to select specific dialogue options in this Side Job so that you'll be able to romance Panam. However, one thing to point out is that you won't be able to have a long-lasting relationship with her but you will be able to forge an alliance with the Aldecaldos and players will also obtain the Trophy/Achievement: Life of the Road.

Kerry Eurodyne is encountered during the quests the Johnny gives V. There are two Side Jobs that are related to him which will allow you to make a move and eventually triggers a romance scene. If you play along with Johnny's quests, you'll eventually meet Kerry and you'll start off with the Off the Leash side job for Kerry. During this side job, make sure you flirt with him on the balcony. And at some point, as you progress through the game, you will get a call from him and acquire the last side job for him, which is Boat Drinks.

Rogue Amendiares has close ties with Johnny Silverhand. She used to work with him before she hung up her weapons after Johnny's death, and they both had an intense yet romantic relationship. So for Rogue, it doesn't matter if you are playing as a male or female V because Johnny will basically take over your body when you are doing the second Side Job related to Rogue. She can first be encountered during the main story of the game, specifically during the Main Job, Ghost Town. And later on, as you progress the story, you'll automatically acquire her first side job, Chippin' In.

During "The Pickup" Main Quest there will be an optional objective to contact the Corpo Agent Meredith Stout. Do not attack her or her bodyguards. Talk to her to complete the optional objective. Whether you accept the money chip she gives you doesn't matter. The key here is that Stout must prevail over Gilchrist so that she calls you back to invite you over. Follow the steps indicated below:

After “The Pickup”, you will get a phone message from Meredith Stout with a reply option. Tell her “Same, Was starting to like you.” and she’ll write back that she wants to hook up at the No-Tell Motel, 1st floor. You can now track Venus in Furs to her location. She won't be available for a committed relationship and that her intentions are only for "business".

Well, guess what, if you're having a hard time finding romance with the mentioned characters, then you have an alternative option to get some action by hiring an escort known as JoyToys. You'll have to reach the second act of the game and progress the story so that you can gain access to this feature.

If you open the map, you'll be able to find their location by looking for the lips icon that is in white. The most common area where you'll find them is Jig Jig Street in Japantown. Just approach a male or female Joytoy, speak to them, and pay them if you want to have intercourse with them. Upon paying the prostitute, a cutscene will then trigger and well... V will wake up feeling happy